What I Do... if you really care

I currently work as a web developer and software programmer, mostly on dynamic, data-driven websites. This means doing all the back-end coding so that when you click a button something exciting happens.

I've programmed in many languages, including C, Visual Basic and PHP (which is a language, not a designer drug, I assure you - even though it was probably designed by someone on drugs). However, I mostly now specialise in C# and the Microsoft .NET Framework, in particular ASP.NET and ASP.NET MVC. But being a web developer means you need to know a little about everything, including HTML and CSS (judge how well from looking at this site - I built and designed it by hand using Umbraco, though I'm not a designer by any means), to jQuery, SQL, web services and a dash of JavaScript.

Many of the projects I work on involve some element of content-management and I'm particularly fond of the open-source .NET CMS called Umbraco. In fact, I like it so much I developed this very site in it. Oooh! I'm also an Umbraco Certified Developer (level one and two - double oooh!) and like to contribute to the community when I get the chance.

I'm also been honoured to be awarded the status of Umbraco MVP (Most Valued Person) by Umbraco HQ for three years on the run now and have also contributed Pull Requests to the core project.

I've developed a few Umbraco packages, too, including:

Check out some of my codes on my GitHub page or in my blog under the Web Development category. 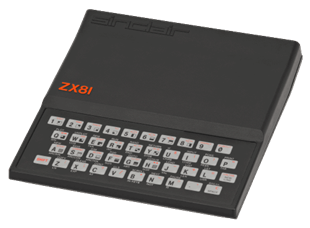 My first experience of computers was when I got a shiny new 1K Sinclair ZX81 for my 13th birthday. Yes, it really did only have one kilobyte of RAM (that's 4,194,304 times less than my current desktop PC). This thing kicked ass! I learnt the unique brand of Sinclair BASIC which came installed in the machine's ROM, which involved dexterously pressing highly complicated sequences of keys at once to write such amazing programs as :

The highlight of these years was when Tim Hartnell decided to publish one of my great 1K games in a book of program listings he was compiling. I got a cheque for 30 quid and was well happy! The game involved luring hideous Zombies (represented by the scary letter Z) into pits of burning sulphur (represented by the letter X). This, I believe, was used many years later by Capcom as the blueprint for Resident Evil :)

Later I upgraded to a 16K Sinclair ZX Spectrum (which I upgraded to a whopping 48K by hammering a dodgy RAM chip into its guts) which had the advantages of full, er, 4 bit colour and an amazing sound generator (which consisted of a little speaker cone that buzzed at different ear-splitting frequencies). I wrote some more great games (I was even in negotiation with a publisher for one of my fab graphical adventures) before I was enticed by the loveliness that was the BBC Model B computer. Not only could you pretend to make your own Teletext pages but you could also play the best game in the world at the time, which was Elite (by David Braben & Ian Bell).

I later did an 'A' level in computer studies, which saw the use of horrible Research Machines 380Z boxes (running CP/M), and managed to be the only person in the history of our college to do 'A' levels in both Computer Studies and Drama. Trouble is you meet a lot more women doing Drama, so hence the reason why I did my degree in the humanities!

Now I have a nice shiny PC, and still program for fun in my spare time, but my days of writing games at home are more limited now (though I still play 'em). I do, though, remember fondly my pong game I wrote called Crap Tennis on my dear old Commodore Amiga. Ahhh, those were the days... :-)

I'm still an avid gamer - you can find me on Steam here.